Be the first to rate TurFresh BioS+ 1G Concentrate

TurFresh BioS+ is the synthetic turf industry leader in odor treatment and odor prevention caused by pet urine and feces.   TurFresh 1 gallon bottle serves as a refill for our quart size TurFresh BioS+ with sprayer.  The Gallon  is enough to treat up to 6,000 square feet of artificial turf surfaces.  SKU #TF1G 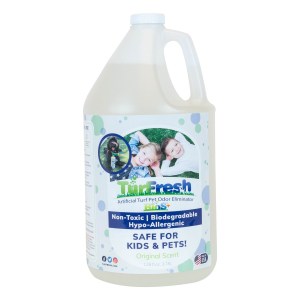 ODOR SOLUTION WITHOUT THE POLLUTION! 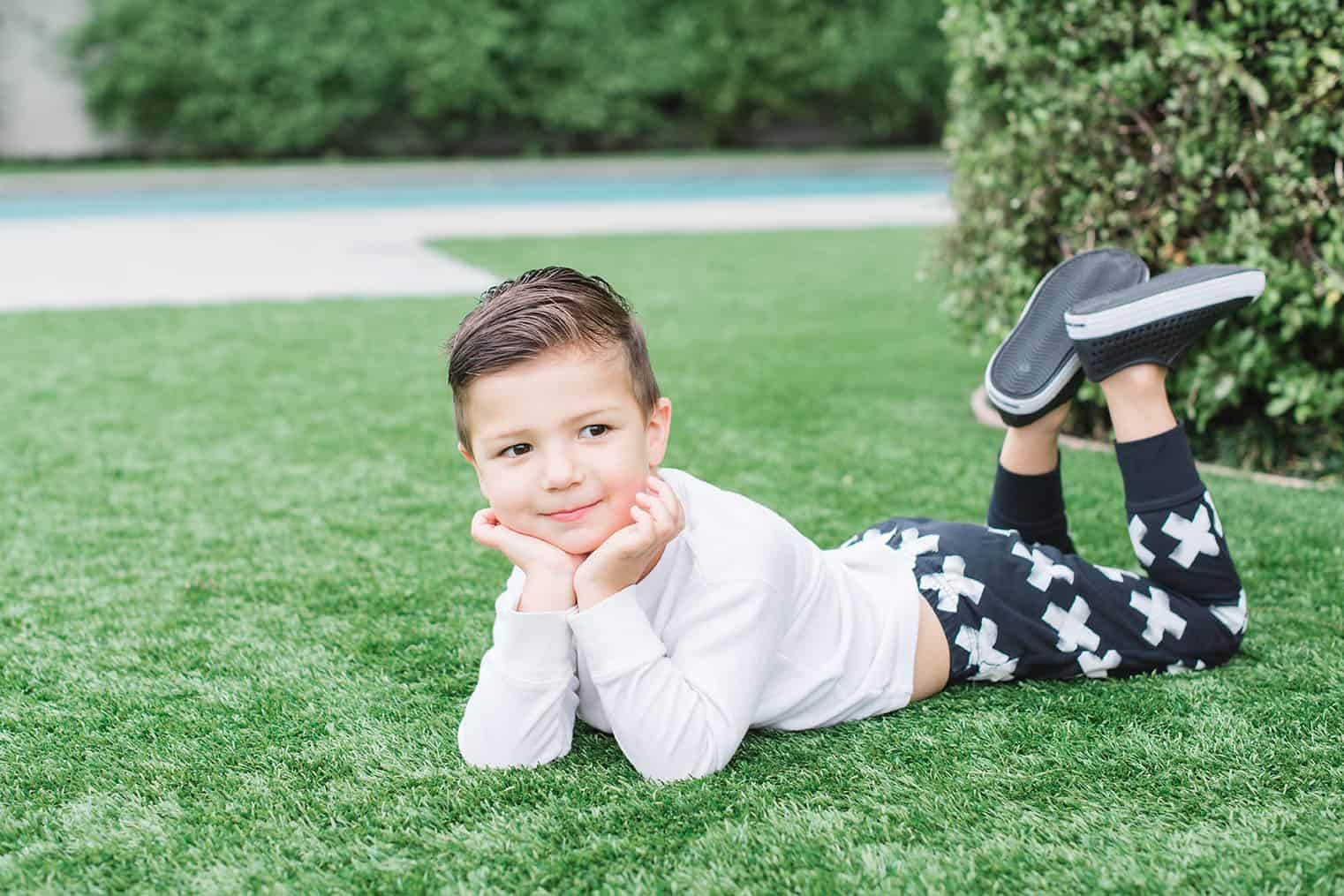 One gallon of our TurFresh BioS+ Concentrate turf cleaning product, but without our Bio-Siphon Sprayer.  Purchase to refill our 32 oz sprayer or use with a hudson pump sprayer or a garden sprayer.  TurFresh BioS+ is the synthetic turf industry leader in odor treatment and odor prevention caused by pet urine and feces. TurFresh 1 gallon concentrate bottle  is enough to treat up to 6,000 square feet of artificial turf surfaces. TurFresh cleaning system is used for outside turf applications and it smells amazing. No other turf or surface cleaning products delivers the great smell along with the intense level of enzyme concentration to aggressively remove the nasty smell of urine. TurFresh formulated and manufactures our own product.

Best for larger yards and Refill

How does TurFresh BioS+ Work?

Basically, bacteria are Nature’s way to degrade organic waste. Different strains of bacteria occur everywhere in nature and their function is to consume and degrade organic waste and break it down until the final byproduct is carbon dioxide and water. Most bacteria need a system pH from 5 to 8, a temperature of 50 to 90 degrees F., a food source (organic waste), and enough water or moisture to support bacterial life.

The bacteria will recognize the presence of different organic waste products in water then will swim over to the food and attach to it using a polysaccharide matrix (bio-film). Then they secrete the appropriate enzymes to break down the waste into microscopic particles that are fed to the bacteria.

The BioS+ bacteria consume organic wastes, grow in size, then duplicate themselves into identical bacteria cells, and continue to replicate to devour the waste completely and eventually degrade it. Under ideal conditions (controlled laboratory environment) a bacteria colony can duplicate in size every 20 minutes. These bacteria are self-regulating because they only stay on the food source until it is degraded. After the organic waste is gone they search for more or just hibernate until more waste is added to the waste water. The bacteria continue to consume and degrade the organic waste until it is depleted or more organic waste is added to the system. BioS+ Bacteria have a normal life cycle, like any other living organism, and are affected by changes in temperature, pH, the lack of oxygen, and any possible presence of chemicals, chlorine, quaternary ammonium sanitizing compounds, solvents, caustics, acids, or other similar products that could kill bacteria or inhibit their growth. “Spore forming” bacteria used in TurFresh BioS+ F Artificial Grass Disinfectant have the ability to encapsulate themselve in a hard shell and basically “go to sleep” if their environment is not able to support their growth. When the environment changes to support bacteria life and growth they wake up, recognize the presence of a food source, and continue to consume, degrade, live and die, in the waste treatment system. “Spore” type bacteria in waste containment systems or treatment systems have the ability to survive and function in the most severe environments.

Is TurFresh Safe? And Has It Been Tested?

What Makes TurFresh BioS+ Different from the Competition?

Simple. TurFresh is the only company to bring to you a customized BioS+“bio-enzymatic formula specifically designed by us for artificial grass” with proven results since 2005.

Our TurFresh BioS+ Odor Enzymes are formulation is made with all-naturally occurring bacteria and there are no “genetically modified organisms” (GMO) in our product. TurFresh is completely safe for people who use the product, safe for animals and pets, safe for the environment, and safe for aquatic life.

TurFresh Artificial Grass Disinfectant is a true “Green Product” It is a microbial cleaner that can provide cleaning and odor control by consuming and degrading the waste that causes the odors. The residue left behind is small amount of carbon dioxide and water which evaporates.

Since the microbes in our disinfectant are so efficient at consuming and degrading organic waste they will out–compete the harmful bacteria on the in artificial grass causing them to die. The only bacteria left are completely safe for humans, pets and kids.

TurFresh BioS+ Artificial Grass Disinfectant does not contain detergents for turf cleaning. Detergents actually create a chemical bond with grease and dirt that are sealed into the turf, and can create slippery conditions. Detergents cannot penetrate the layers of residual grime and food grease that have accumulated in the Turf. Our disinfectant will degrade old detergent residue along with the food wastes

TurFresh will flow into drainage and under the turf where organic waste spills get trapped, to provide better cleaning. Detergents alone do not clean these areas well. TurFresh also provides a secondary benefit of removing organic waste food sources for insects or other pests

There are no reviews yet.

Be the first to review “TurFresh BioS+ 1G Concentrate”

We also recommend these great products

This site uses cookies. By continuing to browse the site, you are agreeing to our use of cookies.

We may request cookies to be set on your device. We use cookies to let us know when you visit our websites, how you interact with us, to enrich your user experience, and to customize your relationship with our website.

Click on the different category headings to find out more. You can also change some of your preferences. Note that blocking some types of cookies may impact your experience on our websites and the services we are able to offer.

These cookies are strictly necessary to provide you with services available through our website and to use some of its features.

Because these cookies are strictly necessary to deliver the website, refusing them will have impact how our site functions. You always can block or delete cookies by changing your browser settings and force blocking all cookies on this website. But this will always prompt you to accept/refuse cookies when revisiting our site.

We fully respect if you want to refuse cookies but to avoid asking you again and again kindly allow us to store a cookie for that. You are free to opt out any time or opt in for other cookies to get a better experience. If you refuse cookies we will remove all set cookies in our domain.

We provide you with a list of stored cookies on your computer in our domain so you can check what we stored. Due to security reasons we are not able to show or modify cookies from other domains. You can check these in your browser security settings.

These cookies collect information that is used either in aggregate form to help us understand how our website is being used or how effective our marketing campaigns are, or to help us customize our website and application for you in order to enhance your experience.

If you do not want that we track your visit to our site you can disable tracking in your browser here:

We also use different external services like Google Webfonts, Google Maps, and external Video providers. Since these providers may collect personal data like your IP address we allow you to block them here. Please be aware that this might heavily reduce the functionality and appearance of our site. Changes will take effect once you reload the page.

The following cookies are also needed - You can choose if you want to allow them: